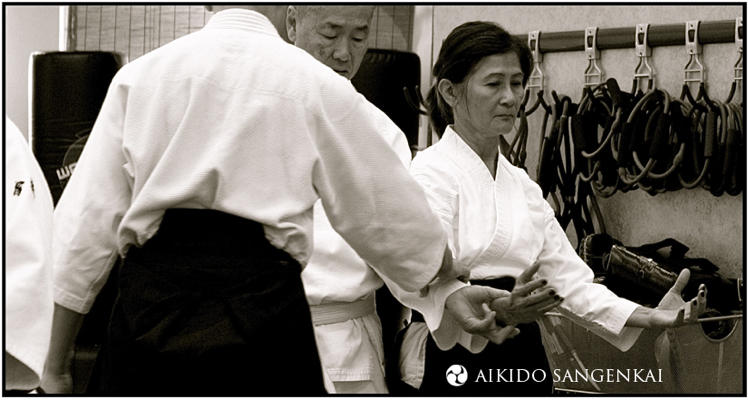 Membership, Fees, About Aikido and More

Contact the Aikido Sangenkai for more information if you don't find the answers here.

About the Aikido Sangenkai

The Aikido Sangenkai is a non-profit martial arts dojo (school) affiliated with the Aikikai Foundation in Tokyo Japan. We are located in Honolulu, Hawaii on the island of Oahu.

The Aikido Sangenkai is a member of the Sangenkai, an international association of groups and individuals across North and South America, Asia, Europe and Australia that come from a widely diverging range of arts and disciplines but are united by a common methodology and principles of training. Dan Harden's Shugyo Dojo in Spencer, Massachusetts is the headquarters of the Sangenkai - Dan Harden teaches BodyWork Seminars around the world and in Hawaii throughout the year.

Classes at the Aikido Sangenkai are small and informal, but the material covered is of great depth and quite difficult. Beginners and visitors are welcome at any time. However, before coming to the Aikido Sangenkai you should be aware that training with our group is quite different than training at most conventional modern Aikido dojo. We recommend that you visit a number of the local dojo so that you have a basis for comparison.

Training at the Aikido Sangenkai is principle based, not focused on repitition of technique or structured Kata. The focus of our training is upon rewiring the mind and body through focused intent in order to develop a non-conventional method of movement that carries itself and responds to outside forces differently, and disrupts and destabiizes the opponent in a manner that creates non-resistance.

It is the forging of this link between mind and body through intent that gives access to the possibilities for personal and societal development envisioned by Aikido Founder Morihei Ueshiba.

Training progresses from solo stationary training to slow movement drills to paired stress training and management of force under stress culminating in free martial movement - Take Musu Aiki, which the Founder of Aikido stated was the highest goal of his art.

Christopher Li has been training in the traditional and modern Japanese martial arts since 1981, with more than twelve years of training while living in Japan. He is certified by the Aikikai Foundation in Tokyo Japan with ranks from Mitsugi Saotome Shihan, Ni-dai Doshu Kisshomaru Ueshiba and San-dai Doshu Moriteru Ueshiba. 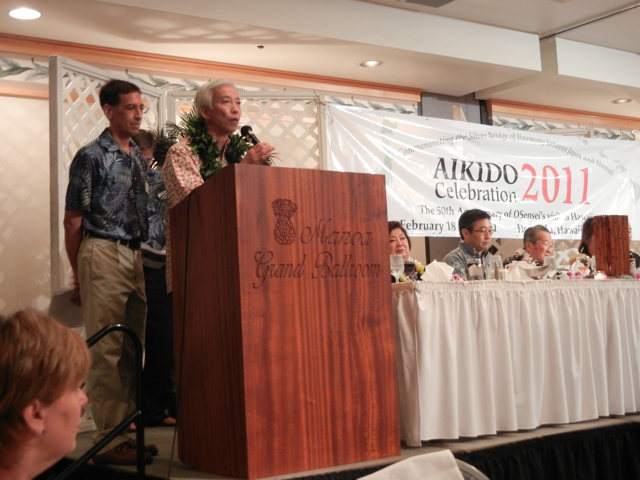 "Aiki is the way of harmony. It is a manifestation of the natural form of all beings in which all of mankind and the universe are united as one. In other words, there is only one center in the universe, and it is the movement of this center that governs the world. The entire universe is one family. It [Aiki] eliminates fighting, conflict, and war from the world. It is a world of love - the world of the emotion of divine love expressed by the creator. Without love, nations, the world, and ultimately the universe will meet with destruction. Heat and light are also generated by love. It is Aikido that brings to realization this ideal in the actual spiritual world. "

Aikido is based upon Daito-ryu Aikijujutsu, a form of Japanese jujutsu taught by Sokaku Takeda. Aikido Founder Morihei Ueshiba was a licensed instructor of Daito-ryu under Sokaku Takeda.

The "engine" behind these techniques is a method of internal power conditioning and development that builds a body that defeats the common body frame by moving antithetically to conventional body movement. This "engine" has its roots in ancient internal power methods that reach across the sea to China and the Chinese martial arts, and then beyond that to India and Indian yogic methods.

The final aim of Aikido is personal transformation and development through the fire and intensity of budo (martial) training, and the application of that transformation on a personal and societal level.

Morihei Ueshiba visited Hawaii in February 1961. During his visit he said:

"I have come to Hawaii in order to build a "silver bridge." Until now, I have remained in Japan, building a "golden bridge" to unite Japan, but henceforward, I wish to build a bridge to bring the different countries of the world together through the harmony and love contained in aikido. I think that aiki, offspring of the martial arts, can unite the people of the world in harmony, in the true spirit of budo, enveloping the world in unchanging love."

A photo-journal of Morihei Ueshiba's visit to Hawaii is available on the Aikido Hawaii website.

Men and women of different ages, sizes, and levels of experience can practice together comfortably. Practice is at the student's pace, so that everyone can enjoy Aikido, not only the young and physically fit. 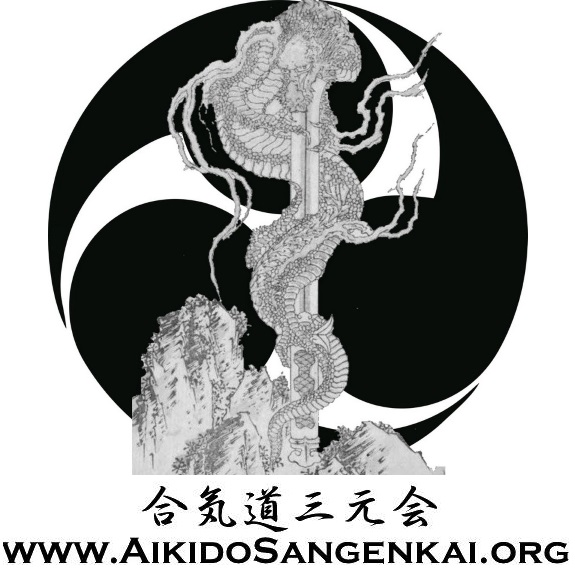 The "Mitsu-domoe" symbol originates from a representation of a snake or a whirlpool, and represents spiral movement. Fudō-myōō (不動明王) (Acala Vidyaaraaja) is one of the Buddhist Wisdom Kings - Kurikara Fudō-myōō (倶利伽羅不動明王) is another personification of this deity, this time in the form of a Dragon-Sword. The Dragon King Kurikara (Sanskrit: Kulikaa Nagaraajaa) represents internal energy - the serpent power of the Kundalini in Indian Tantra. Aikido Founder Morihei Ueshiba believed that he was an incarnation of the Dragon King Ame-no-murakumo Kuki Samuhara Ryu-ō (天之叢雲九鬼サムハラ龍王) - explaining that the Dragon King stands for "the transformation of one’s being into irresistible force".

In Shinto the Mitsu-domoe design is the crest of Hachiman, the Shinto god of war, which led to its popularity among warrior families in Japan. It is also the crest of Susanoo-no-mikoto, one of the guardian deities of Morihei Ueshiba. 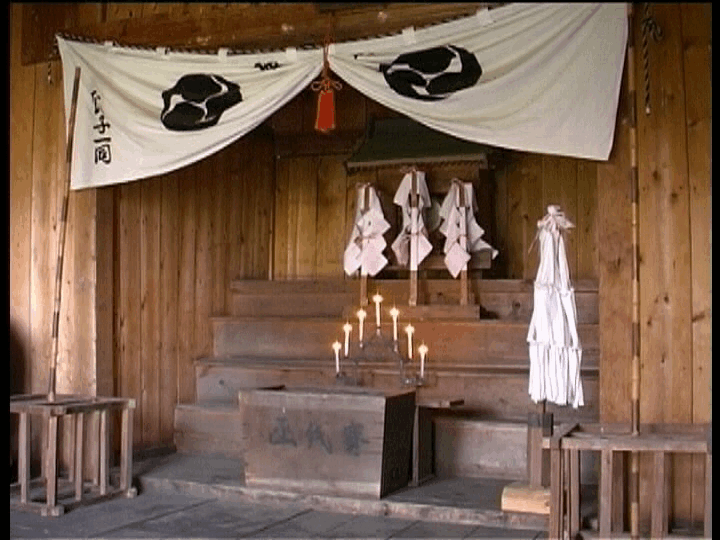 The inside of Kami-Shirataki Shrine, built with contributions from Morihei Ueshiba. Note the crest of Susanoo-no-mikoto.
"Aiki is the name of the sword wielded by the Great Diety Susanoo." (from "Take Musu Aiki")

The "sangen", or three origins, of Aikido are "Masakatsu" ("true victory"), "Agatsu" ("victory over oneself"), and "Katsuhayahi" ("victory with the speed of light", doing things so perfectly that time is no longer a factor).

The "sangen" are represented visually by the triangle ("Man"), the circle ("Heaven"), and the square ("Earth").

"The triangle represents the generation of energy and initiative; it is the most stable physical posture. The circle symbolises unification, serenity and perfection; it is the source of unlimited techniques. The square stands for form and solidity, the basis of applied control."

"When the triangle, the circle and the square become one, it moves in spherical rotation together with the flow of ki, and the Aikido of sumi kiri ("total clarity of mind and body") appears."